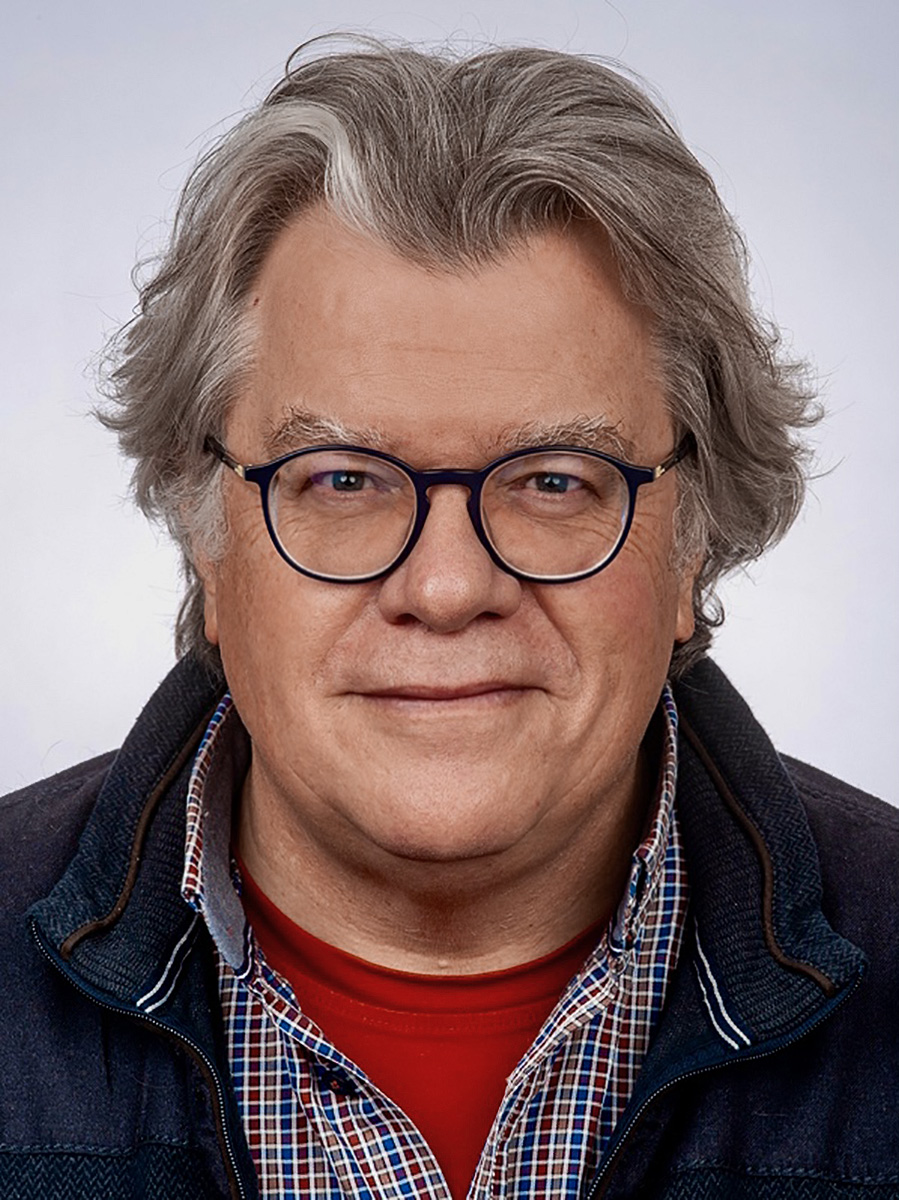 I work mainly in oils and watercolors but also love to draw in pencil, charcoal, and pastels. Since the age of 13 I have been drawing and painting the people around me, focusing on portraits. That interest was further developed in 1976 when I spend a year as a foreign exchange student (AFS.org) in the City of West Chicago, Illinois/USA.

From 1980 – 84 I studied Graphic-Design in Mannheim/Germany and decided in 1986 to earn my living as a self-employed designer. Yet I never stopped following my artistic ambitions.

In 1996, when I moved to the Community of Taufkirchen (Vils), a rural town about an hour northeast of the Bavarian capital Munich, I became a member of the Art Association of Erding, where I served as a member of the board for six years. Through their yearly member exhibits I had the chance to show many different aspects of my artistic interests – not only portraits but also works about social and political issues of our time. → SOCIAL ART

Finally in 2001 I took the chance to rent my first pure art studio in Erding. Here I watched the news about the 911 terror in New York. The shock about this horrible attack I turned into two paintings: “Horror and Pain” / “Death and Grief”  These paintings were recognized in the Lardner-Report 2011.

In 2003 I moved my studio to the Wasserschloss (Water Castle) of Taufkirchen (Vils), a magnificent historical building which was first mentioned in 1263. I became well known for my large sized portraits (“Close Friends”).

Fall 2012 I had to leave my castle studio, since the rooms were needed. It was a good decision because a year later I took over some other, serious tasks. Not art but an honorary office, when I volunteered as the president for a non-profit organization. This responsibility did not leave room to go on with my art. Only 2 paintings left my easel in 8 years.

In my people portraits I look behind the bare image of a face and beyond a simple likeness of that individual. The identity happens by catching a characteristic expression rather than by painting a mere photographic resemblance. To find this characteristic moment I have to explore the face with my camera and capture its spontaneous expressions. The character of the portrait is shaped by my interactions and observations with the model, captured during an intense photo shoot. → HUMAN PORTRAITS

My passion for writing was satisfied when I researched the history of the castle where I had my studio. The results and all the many photographs I had been taken over the years led to a book project, which was published in 2008. It is sold out right now.

Another book project that followed was a biography about the founder of one of the biggest European upholstery companies, which is still located here in Taufkirchen (Vils). The 272 page book, “Erinnerungen an Carl Hierl”, was published in 2011.

Although I am a devoted painter, I never limited myself to classical painting methods or fixed

I participated in many art competitions around the world with my digital artwork:

2004 I was one of the 7 winners with my digital art glass work “Phantast’s Dreams”, that covered 1,345 sq. ft. of window area in the new high school (Korbinian-Aigner-Gymnasium) in Erding.

In the same year I entered the public art competition for the entrance hall of the tax authority building, also in Erding: “Do Ut Des” (lat: “I give that you give”)

2005 I participated in the art competition for the Museum of the McCormack Foundation in Chicago with a digital proposal of a sculpture: “Alliance of Freedom”.

2008 I won 2nd. prize of the First International Competition of Digital Images of ARTEMUSICA ’08 with a collage of my JazzArt works. The final work was printed out on a flag that was on public display in the Italian City Pian di Scò.

In 2009 my hometown Taufkirchen (Vils) built a new town hall and arranged an art contest for the plaza in front of it. I entered this competition with my sculptural proposal “World View”.

2019 I grabbed the chance for a new art studio, which was formerly used as a vet’s practice. Coincidentally, a friend asked for a painting as a gift for his daughter. Seeing the room for the art work with a spectacular view of a green meadow landscape, I suggested a portrait of three watchers: „Looking Out”.

From this I developed my new approach: animal portraits. The models should be livestock: cows, pigs, sheep, goats … animals that are mainly (ab)used to serve our needs for food, textiles and industrial purposes.

My main goal is to achieve a portrait of an individual animal with its own personality and recognition. To emphasize this, I give them more colors, especially in the shadows, with abstract backgrounds. Furthermore, I give them names, and if applicable I change the number of their ear tags into the name. The artistic advantages over people portraits: I can paint them without a commission, and I can produce and sell fine art prints from the original art work. → ANIMAL PORTRAITS

My works were exhibited on many occasions and places, mainly in the area where I lived, including Munich.

2001 I presented my works in West Chicago, which was made possible by the sister city partnership I initiated between my German hometown and the US city I made my second home during my exchange year back in 1976/77.

2011 I surprised the audience with my portrait exhibition “Das bin ja ich!?” (“Hey, that’s me!?”) in the town hall of Taufkirchen (Vils), where I showed over 40 portrait works in watercolor, pencil and pastels. No model knew that I had made a portrait of him or her. All portraits were based on my photo material, which I had made on different occasions. It was a big surprise for many and a very successful exhibition.